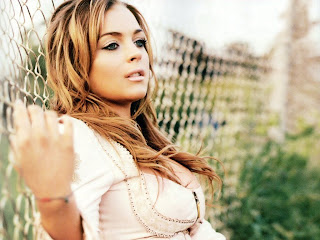 On air personality Broadway at B93.7 in Michigan released this little bombshell yesterday: Lindsay Lohan is working with Big Machine Records to record a country album. It would be a one album deal just to test the country waters.

Lindsay is known for her roles in many movies and this would not be her first time in a recording studio. She had two pop albums and one of those albums charted at No. 4 on the billboard chart. Here is one of her music videos from one of those albums below.

Posted by That Nashville Sound at 6:07 AM