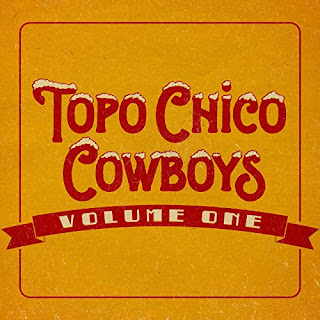 Quietly and with a growing former regional Texas reach, Josh Grider and Drew Kennedy (best friends and singer/songwriters) have written some of the smartest and richest music coming out of the Lone Star State over the last decade or so.  They travel and play shows together frequently and have dubbed themselves previously unofficially as the Topo Chico Cowboys. Well... as of this morning, you can make that official. The duo has released a new project together that promises to be the first of many future projects together.


Says Grider, "The Topo Chico Cowboys are what Drew Kennedy and I are calling our side project. We've been playing shows together for years, but we finally found a cool name and recorded some new original material together.  We call it Topo Chico Cowboys, Vol. 1.  Drew's song "Dollar on the Wall", coupled with an invite to the Mile 0 Festival was what finally made us go ahead and record a couple of songs together.  "Here's to Friends" felt like it fit the 'buddy collaboration' thing we were going for and...voila we had the perfect A / B.  Some of our musical amigos y amigas stopped in to help us sing the big gang chorus on "Here's to Friends", so you're hearing Wade Bowen, Jamie Lin Wilson, Susan Gibson, Walt Wilkins, Kelley Mickwee, Ben Jones, John Baumann, Bri Bagwell along with the TCC."

Posted by That Nashville Sound at 5:48 AM