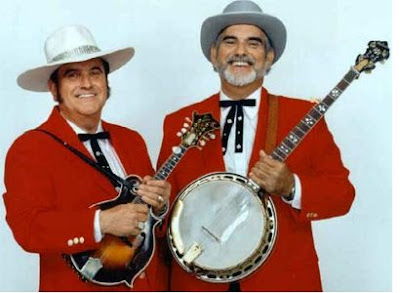 The year 2021 continues to make us weep as we bid farewell to our music greats.  This time, it’s Roland “Sonny” Osborne.

Osborne, the banjo playing half of the Bluegrass Hall of Fame Osborne Brothers, died Sunday (10/24) after suffering a stroke.

Hailing from the eastern Kentucky town of Hyden (best known for the 1970 coal mining disaster there), Bobby and Sonny Osborne grew up with a love of music, drawn to the sounds heard on the Grand Ole Opry.  Before Bobby, six years Sonny’s senior, joined the Marine Corps the two brothers had formed a band and were playing locally.  While Bobby was in the Marines in Korea, Sonny managed to land one of the most enviable jobs in music: banjo player in Bill Monroe’s Blue Grass Boys.

After Bobby was discharged the brothers worked basically with other acts, including 1954 recordings with Jimmy Martin (who was fresh out of Monroe’s band himself) and trio recordings with Red Allen.

Forming their own band in the early 60s, the Osborne Brothers were forerunners of “modern bluegrass” or “newgrass.”  Sonny started using electric banjos, and a number of the Osborne Brothers’ hits in the late 60s and early 70s featured famously NON-bluegrass instruments like electric guitars, steel guitars, and drums.

And then there’s “Rocky Top.”

The Felice and Boudleaux Bryant song went from a little tune to being an official state song of Tennessee, the “fight song” for the University of Tennessee’s sports teams, and even the name of the former town of Lake City, Tennessee.  People who know nothing else about country or bluegrass music know “Rocky Top.”

Farewell to the great Sonny Osborne, who was five days shy of his 84th birthday.

K.F. Raizor, author of the website Raizor's Edge and the book We Can't Sing and We Ain't Funny: The World of Homer and Jethro is our guest writer today on That Nashville Sound. She's ever so gracious to provide wonderful tributes to honor those to whom the music we treasure just wouldn't be the same without. Thank you, K.F.

Posted by That Nashville Sound at 6:38 AM

Email ThisBlogThis!Share to TwitterShare to FacebookShare to Pinterest
Labels: The Day That The Music Died