After a fairly slow and underwhelming start to 2021 in new music, there's some light and anticipated music on the horizon. 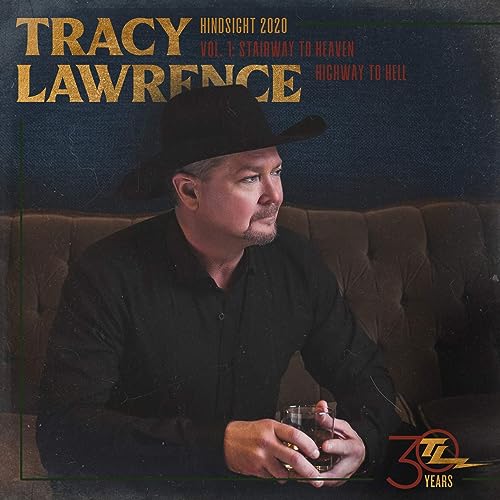 Tracy Lawrence has announced that he will have not one, but three different projects released in 2021. The first is coming on April 23. He is celebrating his 30th anniversary in country music this year, and to mark the career milestone, he’s releasing a special project, Hindsight 2020. The three-volume album has 30 tracks and will be released throughout 2021.

The career-encompassing project is a combination of brand new material, collaborations, and some of Lawrence’s favorite hits. The first in the series, Volume 1: Stairway to Heaven Highway to Hell, will be that first one released in April. This 10-song collection features all new material from Lawrence, who penned nine of the 10 tracks, mixing his signature blend of contemporary and traditional country that has made him a mainstay since his debut album, Sticks & Stones, in 1991.

“It has truly been the honor of a lifetime to be so welcomed by country music fans,” says Lawrence. “As I look back over the past 30 years, I am incredibly humbled to have been able to live my dream and to have so many folks support me along the way. I wanted to celebrate this amazing milestone with fond reflection and embrace the next chapter with the people who made it all happen, my fans.”

Rodney Crowell and all of his friends have collaborated on a new compilation album, Songs From Quarantine Vol. 1, which has an all-star cast of singer-songwriter, country and Americana VIPs sending in tracks from their own splendid isolation.
Six of the 13 artists represented — Ry Cooder, Elvis Costello, Joe Henry, Ronnie Dunn, John Hiatt and Crowell himself — contribute original songs that have never been released before in any context. The remaining seven offer demos or otherwise stripped-down or alternate versions of numbers they’ve put out in full form before, with Emmylou Harris, Lucinda Williams, Keith Urban, Jeff Tweedy, Rosanne Cash, Steve Earle and Taj Mahal rounding out the guest list. (Download the album here.)
Rory Feek has a solo album called Gentle Man coming out this June and he's released a music video from one of the early songs released off the album that features Vince Gill on harmony vocals. The new song is called "Me and the Blues."
Says Feek on the new song, "Five years ago, Joey gave me a gift. A Valentine's card. It was to be the last note, the last written words, and the last card I would ever receive from her. That card was her Valentine's gift to me that year. This is my Valentine's gift to her this year…"
That Nashville Sound praised Natalie Hemby's 2017 solo album, Puxico. In 2019, she teamed with Brandi Carlile, Maren Morris and Amanda Shires to form The Highwomen. Now she's just signed with Fantasy Records and will be releasing a new album later in 2021.
The upcoming solo album has been produced and mixed by her husband Mike Wrucke. She joins a roster at Fantasy Records that includes Tanya Tucker, James Taylor, Nathaniel Rateliff & The Night Sweats, Paul Simon, Lukas Nelson & Promise of the Real, and more.
“Both Mick Management and Fantasy Records have an exceptional and eclectic roster of artists they work with,” said Hemby. “Their teams are some of the most respected in the music business. I’m so proud to be a part of their musical families…it is truly a dream come true for me.” 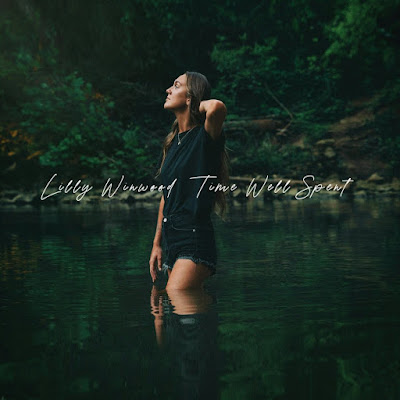 The much-too-early winner for new music discovery of the year here at That Nashville Sound has to go to Lilly Winwood and her new album, Time Well Spent. The quick bio always refers to her as legendary rock artist Steve Winwood's daughter, but her musical stylings lean more towards Emmylou Harris, Bonnie Raitt or Holly Williams than anything her dad ever put out. The bluesy, moody album allows Winwood’s wise-beyond-her-years tone and resilient lyrics to shine through nearly every track.
A little more about this new-to-us artist from her website bio: "After feeling that the countryside of her native Gloucestershire, England felt too familiar, and London was, in her own words, “so big, so expensive, and reeked of havoc and loss and all that good stuff,” she decided to spend a few weeks in Nashville, where she spent her childhood summers, but ended up staying instead. Winwood’s debut EP, Silver Stage, chronicled the journey through earnest coming-of-age narratives and a sound that—much like her father’s work—offers an English take on traditional American roots music. Backed by Nashville-via-Australia producer Joshua Barber (Gotye, Archie Roach), the songs on Silver Stage blend Bonnie Raitt’s world-weary vocals, My Morning Jacket’s ethereal twang, and Brittany Howard’s no-bullshit bravado to create an EP that pays homage to Lilly’s singer-songwriter idols (like John Prine) and establishes the twenty-one-year-old as a writer that’s wise beyond her years. Following the release of Silver Stage, Winwood has continued on to collaborate with fellow East-Nashville-based Americana artists such as Boo Ray, with the release of their A-side/ B-side vinyl collaboration. Lilly also collaborated with Nashville based Americana artist Don Gallardo on his 7-track EP In the Name of Good Intentions where Lilly’s vocals are featured on more than half of the songs. Rolling Stone deemed Winwood and Gallardo’s “Shine a Light on Me” one of the Top 10 Best Country, Americana songs to hear now in 2019, amongst Trisha Yearwood and Tanya Tucker. Lilly has set her debut album release Time Well Spent for early 2021. This record was produced by Alex Munoz and Allen Thompson in Nashville, TN at High Cotton Recording Studio."
That Nashville Sound at 7:27 AM
Share