Posted by That Nashville Sound at 5:17 AM No comments:

New Music Video From Ashley Campbell - "If I Wasn't"

Posted by That Nashville Sound at 5:38 AM No comments: 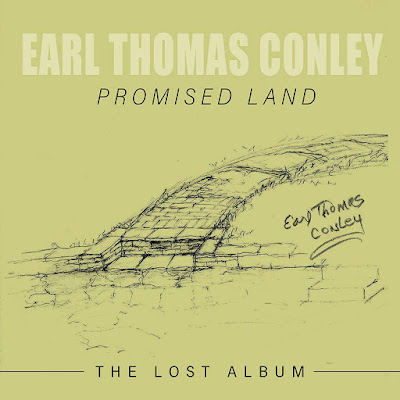 Posted by That Nashville Sound at 10:55 AM No comments: 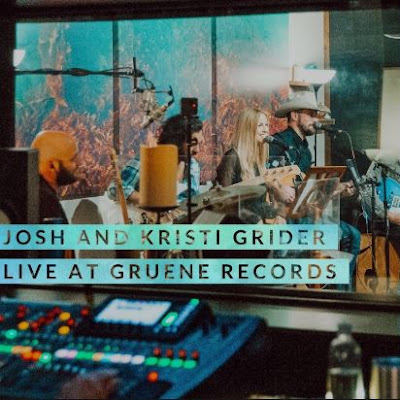 Artist: Josh & Kristi Grider
Album: Live at Greune Records
Label: Bootstrap Records
Release date: 9/18/2020
The husband and wife team of Josh and Kristi Grider recorded a live album together back last December in front of a studio audience at Gruene Records in New Braunfels, TX and now are releasing a collaborative EP together titled, appropriately, Live at Gruene Records.
Says, Josh, "Last December, back when we thought 2019 was the most trying year in recent memory and we all couldn't wait for 2020 to arrive, Kristi and I had the cool opportunity to play a Living Room Sessions concert at Gruene Records here in New Braunfels.  That evening we decided to also press record and see what happened. She and I were joined by her producer, and our good friend, Nolan Burke on guitar, Sean Rodriguez on bass, and Chris Compton Drums on the tubs.  We basically set up in the main tracking room and did a recording session in front of a small gathering of fans and friends.  Kristi and I are very excited for this to be in the world.  To say it's been a long time coming is a bit of an understatement.  We can't wait for you to hear it."
Josh and Kristi Grider have been making a life, musically and otherwise, for nearly twenty years together. Each has followed their own professional path and occasionally those paths have crossed, but question comes up again and again, "when will you guys do something together?" On December 6th at Gruene Records in New Braunfels, TX Josh and Kristi finally did just that. Kristi has been featured on a number of Josh's solo recordings as duet partner and background vocalist, and hrough the years there have been a number of shows on which they've performed together—but never an official project. Kristi released her first EP earlier in 2019 landing her in the top twenty on the iTunes singer-songwriter charts and establishing herself as far more than a great singer, but a great writer as well. Charisma, honesty, and talent is one thing...but the bond and the stories that twenty years as a couple brings to their performance is what truly sets them apart.
Track listing:
Birds of a Feather
Snowin' on Raton
The Moon
Goodnight Sweet Dreams
Man on the Mountain
Here's the accompanying music video from the couple for "Birds of a Feather."
Posted by That Nashville Sound at 6:50 AM No comments: 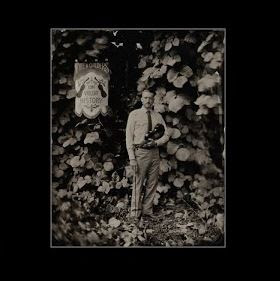 Artist: Tyler Childers
Album: Long Violent History
Label: Hickman Holler Records/RCA Records
Release date: 9/17/20
In a surprise album drop (in more ways than one), Tyler Childers released an old-time fiddle album yesterday titled Long Violent History that will dedicate its proceeds to The Hickman Holler Appalachian Relief Fund, established in 2020 by Senora May and Tyler Childers to bring awareness and financial support for philanthropic efforts in the Appalachian Region.
Childers' latest work features a collection of eight instrumental fiddle tunes — "Send In The Clowns," "Bonaparte's Retreat," "Camp Chase," "Midnight on the Water" and more.
The album closes with a ninth song called "Long Violent History," a Childers original that finds the singer addressing civil unrest and systemic racism.
He sings, "Now what would you get if you heard my opinion conjecturing on matters that I ain’t never dreamed/ In all my born days, this white boy from Hickman, based on the way that the world’s been to me/ It’s called me belligerent, it’s took me for ignorant but it ain’t never once made me scared just to be/ Could you imagine just constantly worrying, kicking and fighting begging to breathe?"
Musician and album contributor Don Beamons had this to say about the new project, "For this epic recording session in the mountains of eastern Kentucky, Tyler Childers and his bandmate Jesse Wells meticulously curated a modern string band known as “The Pickin’ Crew”. This group of stellar Americana artists included myself, 5-string Kentucky banjo specialist John Haywood, mandolinist Andrew Marlin, guitarist Josh Oliver, upright bassist John R. Miller, fiddler Chloe Edmonstone and cellist Cecelia Wright. Although Tyler has been playing the fiddle for under a year, his style and technique as learned under the tutelage of Jesse Wells proves that Kentucky string band music is in his blood. The tunes presented in this album Long Violent History showcase the variety of fiddle styles that are profoundly represented in the American music lexicon."
He goes on, "The century old songs presented on this record represent a time capsule and a musical artifact. Tyler’s tintype photograph on the cover transcends the modern era and harkens back to the birth of American Popular music of the 1920’s when songsters and Tin Pan Alley songwriters created hits for Broadway. His presentation of Kentucky music and his debut as a fiddler are a reminder that roots music is still a thriving community. Listen to the music, meditate with it, flow along with the melodies, and let the rhythm seep into your mind. These songs are meant to last another hundred years, yet it is supposed to tell a new story about the struggles that lie within our generation. Tyler Childers, placing his fiddle on the wall chose to premiere only one original song where he sings: "Long Violent History," a final powerful and poignant statement. Backed by the Pickin’ Crew, the nine tracks invite us into Tyler’s world deep within the mountains of eastern Kentucky where the blue grass, the high weeds, and the kudzu grow. This environment created the perfect inspiration for the record, and it’s been an honor to add some extra magic to the sessions."
Posted by That Nashville Sound at 6:14 AM 1 comment: 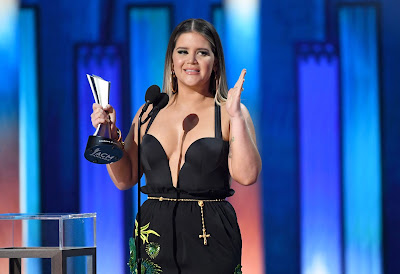 Old Dominion won Group of the Year Award for the third consecutive year and won their first Song of the Year Award for “One Man Band” with Matthew Ramsey, Trevor Rosen and Brad Tursi each receiving an additional win as songwriters. This marks two overall wins as a group, with Ramsey, Rosen and Tursi leading the night with three individual wins, each.  Miranda Lambert continues her reign as most-awarded artist in ACM Awards history with 35 wins, after taking home this year’s trophy in Music Event of the Year category for “Fooled Around And Fell In Love.” Dan + Shay won Duo of the Year marking their second win in a row in the category.

This year’s 55th ACM Awards featured an all-star lineup of collaborations and memorable performances featuring 24 performances, including 41 hit songs. The awards telecast kicked off with Entertainer of the Year nominees performing a medley of each of their greatest hits. Luke Bryan performed “Rain Is A Good Thing,” Eric Church performed “Drink In My Hand,” Luke Combs performed “When It Rains It Pours,” Thomas Rhett performed “It Goes Like This” and Carrie Underwood performed “Before He Cheats.”

Global superstar and two-time ACM Entertainer of the Year, Taylor Swift, returned to the ACM Awards stage for the first time in seven years with a world premiere performance of “betty” off her record-breaking new album Folklore.  55th ACM Awards host Keith Urban performed the world television premiere of his new single, “One Too Many” with international pop icon P!NK, from  Urban’s new album out Friday, Speed of Now. Mickey Guyton made her solo ACM Award performance debut with “What Are You Gonna Tell Her?” featuring surprise guest Urban on piano. Blake Shelton featuring Gwen Stefani performed their latest single “Happy Anywhere.” Eric Church opened his performance with “Ragged Old Flag” a poem read by Johnny Cash which led into his single “Stick That In Your Country Song.”

In celebration of the 95th anniversary of the Grand Ole Opry, newly crowned three-time ACM Entertainer of the Year winner, Carrie Underwood, honored trailblazing female Opry members by performing a medley of songs including Patsy Cline’s “Crazy,” Loretta Lynn’s “You Ain’t Woman Enough (To Take My Man),” Barbara Mandrell’s “I Was Country When Country Wasn’t Cool,” Martina McBride’s “A Broken Wing,” Reba McEntire’s “The Night the Lights Went Out In Georgia,” and Dolly Parton’s “Why’d You Come In Here Lookin’ Like That.”

Following is the list of winners in the 13 categories voted on by Academy members:

Posted by That Nashville Sound at 6:13 AM No comments:

Ashley McBryde performs “Home Sweet Highway” as part of the Grand Ole Opry’s live broadcast on Saturday, September 12th, 2020. You can tune in to additional Opry Live broadcasts on WSM 650 and Circle Network Saturday nights at 8/7c pm.
Posted by That Nashville Sound at 7:50 PM No comments:

Posted by That Nashville Sound at 6:21 AM No comments: 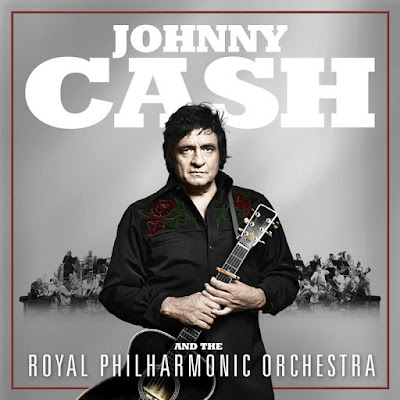 Artist: Johnny Cash
Album: Johnny Cash And The Royal Philharmonic Orchestra
Label: Columbia/Legacy/Sony
Release date: November 13, 2020
17 years after his death, Johnny Cash's most iconic songs are being reinterpreted with his vocals by The Royal Philharmonic Orchestra and will be released as an album in November.
Produced by Nick Patrick and Don Reedman and recorded at the fabled Abbey Road Studio 2, Johnny Cash and The Royal Philharmonic Orchestra is the latest in a series of RPO albums showcasing classic recordings by timeless artists in sublime new musical settings. Producers Reedman and Patrick consulted with John Carter Cash, who serves as Executive Producer, in making the career-spanning selection of 12 Johnny Cash master recordings centering the album.
Performances range from archetypal Cash classics like "Man In Black" and "Ring Of Fire" to essential musical collaborations including "Girl From The North Country" (Bob Dylan with Johnny Cash), "The Loving Gift" (with June Carter Cash) and "Highwayman" (with Willie Nelson, Waylon Jennings, Kris Kristofferson and Johnny Cash).
Below, you can listen to their interpretation of his iconic "Ring of Fire" and below, hear Johnny's son John Carter Cash talk about the project and how it came to be.
Posted by That Nashville Sound at 10:41 AM No comments:

Posted by That Nashville Sound at 8:13 PM No comments:

New Music Video From Luke Combs - "Lovin' On You"

Posted by That Nashville Sound at 2:37 PM No comments:

New Music Video From Bruce Springsteen - "Letter To You"

Posted by That Nashville Sound at 6:36 AM No comments:

New Music Video From Margo Price - "Letting Me Down"

Posted by That Nashville Sound at 7:01 AM No comments:

Posted by That Nashville Sound at 8:21 AM No comments:

Posted by That Nashville Sound at 8:34 AM No comments:

Posted by That Nashville Sound at 11:07 AM No comments:

New Music Video From Devin Dawson - "I Got A Truck"

The long-awaited new music from Atlantic Records/Warner Music Nashville breakout Devin Dawson is finally here with his soaring new single, “I Got A Truck.” Inspired by conversations he had with country music icon Tim McGraw, the anthem for dream chasers everywhere follows his GRAMMY-nominated, multi-week No. 1 single, “God’s Country,” that he co-wrote for superstar Blake Shelton.
Posted by That Nashville Sound at 5:38 AM No comments: