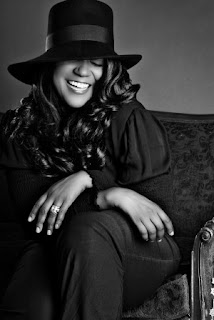 The Time Jumpers, Nashville's preeminent Wester swing band, have added a new band member.  Since lead female vocalist Dawn Sears passed away from cancer at the much-too-young age of 53 back in 2014, the band had not filled her spot and had rotated some guest singers through their appearances.  That changed a few weeks back when vocalist Wendy Moten was officially invited to join the band and was welcomed with a roaring round of applause at 3rd & Lindsley in Nashville, TN, the every-Monday night home to The Time Jumpers.


The Memphis-born Moten has earned a vast collection of professional credits in Contemporary, R&B, Jazz, Rock, and Country since launching her career with her self-titled debut record (EMI) in 1992. That album produced two Billboard charting singles, including the enduring ballad “Come In Out of the Rain” and the up-tempo dance hit “Step by Step.” She's toured with Michael Bolton, Julio Iglesias and Eric Clapton and collaborated on recordings with the likes of Stevie Wonder, Michael McDonald and John Oates.

Posted by That Nashville Sound at 6:06 AM