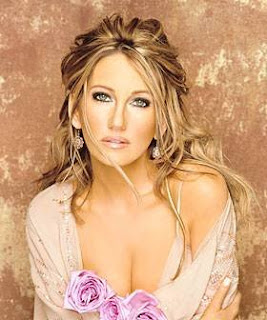 It’s that time of year in which we reflect on the year behind us and count our blessings that we live in a part of the world with a plethora of music that moves the soul. 2007 was a great year for music- most notably the 2007 #1 Alison Krauss & Robert Plant album Raising Sand- but it’s obvious that 2008 was no slouch either. There were some terrific albums that will go down in my collection as favorites. Without further ado…

10. One Flew South- Last Of The Good Guys- Like all the great harmony bands before them- the Eagles, Crosby, Stills & Nash, Mamas and the Papas, Boys II Men and Beach Boys all come to mind- One Flew South simply lets the harmony of their voices stand on their own. It’s unique and two standout tracks, “My Kind of Beautiful” and “She’s A Gift” are some of the best country releases of the year.

9. Rebecca Lynn Howard- No Rules- After not wanting to play by radio’s rules after her smash single “Forgive,” Howard signed with Saguaro Road Records and put together a truly fantastic album. No Rules is a dream, drifting across genre lines without misstep- she combines country, bluegrass, gospel and blues into an musical gumbo that’s a meal for the ears.

8. George Strait- Troubadour- At the age of 55 and after going platinum 32 times in his amazing career, it’s almost unbelievable how King George continues to put out an incredible product that’s both classic and modern enough to be relevant to today’s fickle radio tastes. The album itself is classic Strait gold.

7. Hal Ketchum- Father Time- In an era of over-production, Hal Ketchum decided to record Father Time the old-fashioned way. In the course of two days, Hal and his crack band of respected studio cranked out 14 tunes that speak to the way records used to be recorded- even laying them down on the CD in the same order they were recorded in the studio. It’s beautiful for Hal Ketchum’s signature sound and sensitive vocal prowess, thoughtful lyrics and gentle instrumentation. It will go down as one of the best works of his career.

6. Lady Antebellum- Lady Antebellum- A great first effort- hopefully a hint of more outstanding albums to come, the entire album holds up from start to finish as the group deftly hits home runs with melody and production polish with extra credit for self-written songs. It might be the best of all the albums happily drenched in bright harmonies

5. Darius Rucker- Learn To Live- Darius Rucker has proven that the country roots — the ones so many claim to have had all along — are genuinely his. Every song has something that feels honest-to-goodness country. Of the 14 songs on Learn to Live, it feels like at least 12 of them could be singles. It ranges from the honky-tonk blow-off song, “All I Want,” which is Brad Paisley guitar-infused, to “If I Had Wings,” which shows off Rucker’s softer side. Rucker hasn’t changed course at all, country has just finally found its way to his home in Charleston.

4. Joey+Rory- The Life Of A Song- See? Not all reality television is bad! Bringing beautiful harmonies, top-notch songwriting plus their natural joyfulness, authenticity and romance to traditional country music, Joey+Rory quickly became fan favorites on the CMT show Can You Duet where they finished second. Whether their songs are about cowboy boots, hand-building a home, rodeos or cherished vinyl records, there’s a legitimacy in every word, every note and every song.

3. Jamey Johnson- That Lonesome Song- With an imposing figure, a fu manchu beard that extends down to his chest, an outlaw attitude and a deep baritone voice, Johnson appears first to be the guy who you'd want your back in a bar brawl, not the type whose cd you'd have playing in your mini-van. It would only be with trepidation that any music critic would diss this sophomore effort in fear that he may come kick your ass. This widely acclaimed album is carrying the torch started by Johnny Cash and Waylon Jennings so many long years ago. It’s fantastic.

2. Zac Brown Band- The Foundation- Brown and his band mates delivery best in the fact that he covers genres and styles fluidly, dynamically pulling musical styles that cover Americana, blues, island-country, gospel and very traditional country. Brown’s lyrics seem to cover an entire culture of American music in one album. Each song is a seamless patchwork of what sounds best across our radio music dials. The entire album is perfect- amazing considering this is their first album out. It would be the best album of the year if not for…

1. Lee Ann Womack- Call Me Crazy- Her music isn’t about huge power ballads, it’s all about emotive lyrics that draw you into each song. She sings to us, she doesn’t holler. To clarify that, it’s not about the range of her voice or the high notes that she can hit. It not that her voice isn’t beautiful, it’s that she uses it in an understated way to convey the most meaning. Instead of layering her voice over and over in production, her back-up is a trailing steel guitar. It creates an intimate album that’s both lonely and inspiring at the exact same time. The other amazing part? Call Me Crazy comes after some other amazing albums that also have been at the top of her genre. Could the Country Music Hall Of Fame await down the road?
Posted by That Nashville Sound at 2:00 AM