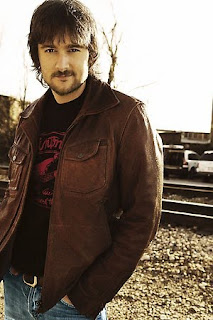 It’s that time of year in which we reflect on the year behind us and count our blessings that we live in a part of the world with a plethora of music that moves the soul. Our favorite 2007 album was the Alison Krauss & Robert Plant album Raising Sand and last year’s top spot on our 2008 list went to Lee Ann Womack’s Call Me Crazy. But 2009 had some terrific albums that will go down as some of my big music collection’s favorites. The ten albums are a wide variety of country genres from more contemporary country to traditional country- and even some inspirational and alt-country stuff thrown in as well. But without any further delay… here’s That Nashville Sound’s Top Ten Albums for 2009…

10. Bryan White- Dustbowl Dreams- The title track, “Dustbowl Dreams” could be the most eloquent autobiographical song of 2009. As the “son of a son of an auctioneer,” White talks about things like pressing on and perseverance, losing his way, being bruised and cut and carrying on the dustbowl dreams of his family. In three minutes, White has beautifully told his ten year story. It’s truly a treasure of a song. The song even ends on a personal note- an old clip of his grandfather being introduced as an auctioneer and then auctioning off some piece of farm life.

9. Willie Nelson- Naked Willie- Willie Nelson is a national treasure. We don’t have a more prolific recorder in country music even as he approaches his 75th birthday. Naked Willie is compilation of some of his best work, but not at the same time. Its old recordings, but not ever done this way before. Stripped of all of the “Nashville Sound” of strings and background filler, the first thing you notice on Naked Willie is how much clearer and cleaner these new versions sound. Willie's voice takes on a much deeper timbre, and the guitar and piano are also that much crisper sounding. His distinct voice has never been argued to be the fullest and widest range, but it has been the point of distinction between he and other artists that have come and gone.

8. Tracy Lawrence- The Rock- A promise kept. That’s really the crux of this entire project. When Lawrence first kicked off his career back in 1991 with Sticks and Stones, he made a promise to his parents that he would one day record an inspirational country album.Each song has been carefully selected to match both his vocals and preferred instrumentalization. Each album cut speaks of character, faith, truth, hope, forgiveness and belief. The messages don’t hit your over the head. They’re not preachy. They’re delivered with the same warmth and tenderness that Lawrence has approached nearly every song over his storied career- filled with steel guitar, fiddles, guitars and even a bit of piano.

7. Brad Paisley- American Saturday Night- Paisley has an incredible touch for pointing out the Sienfeldian nuances in life on fun stuff like "Ticks," "I'm Gonna Miss Her," or "Online." His ability to riff on the ironies of life in his funnier songs are a gift. He also has an innate ability to write a song that touch on a true emotional level- songs like "We Danced," "He Didn't Have to Be," or "She's Everything" come to mind. On both sides of that coin, Brad has country music fans loving every word. American Saturday Night is another wonderful combination of this same pen and paper gumbo that country music has come to like about him. Fatherhood may be the reason for a slightly (only slightly) more serious and mature musical theme on this album.

6. Wade Hayes- Place To Turn Around- With an emotive voice and meaningful storytelling lyrics, this is country music that is getting very little representation on the radio dial. What might have not been that unique in the 80’s and early 90’s is fresh and new. Hayes’ emotive baritone voice is a bit throaty and breathless when he sings higher notes or with power. But that so-called-fault in his voice only gives the songs more emotion and feeling. On songs like “Every Time I Give The Devil A Ride” and “Good Day To Go Crazy,” we’re reminded what a great guitarist and underrated instrumentalist that Hayes has always been. This was the most underrated album of 2009 for sure.

5. David Nail- I’m About To Come Alive- From the opening bluesy piano opening, it’s obvious that some of the Mississippi delta blues have seeped into David Nail’s version of country music. And that’s a very good thing. With an album that is as autobiographical as it is soulful, Nail is one of the few artists that have taken a theme and chosen/written songs to fit that or any theme from near start to finish.

4. Holly Williams- Here With Me- It’s almost impossible to disconnect the Williams legacy from this new young artist. What she brings to the table is much of her grandfather’s touch with a song. Her voice, while beautiful, has a unique ability to convey the nuances of feeling including sadness, genuine hurt, joy and disappointment. It’s a very emotional sound- most notable through her slower and quieter songs. This emotive songstress channels the very best of her musical legacy on nearly every song- drawing the listener in with some of the best melancholy textured ballads released this year. Each song has roots to her soul.

3. Miranda Lambert- Revolution- On Revolution we have witnessed the birth of a real artist and one of the true treasures of Nashville. Miranda's spunky Texas tongue-in-cheek sarcasm is alive and well on "Only Prettier," “White Liar” and "That's the Way the World Goes Round." She is and can still be a badass at times- “Time To Get A Gun” and "Sin For A Sin." But this album marks the first time we really get a feeling of the softer side of Lambert. Her incredibly emotive voice, from the wistful whispers to the highest belted notes, shine an emotion previously unseen on tracks like “Virginia Bluebell,” “Dead Flowers,” and “Maintain The Pain.”

2. Jason Eady- When The Money’s All Gone- It’s the songwriting and song selection that gets the highest marks on this incredible album. Each song is as socially relevant with a theme drawn out from the tough times we're living in. One of our favorite tracks of the year is the outstanding, classic story-song "Promises In Pieces." Filled with fiddle and steel guitar, the song tells the confessional and somberly haunting tale of someone who shoots a teller during a bank robbery and whose friend, the only friend that continues to give him second chances, takes the fall for the crime and is hanged. Positively haunting songwriting on nearly every song.

And the top album of the year goes to…

1 . Eric Church- Carolina- A little more edgy and bordering on the Gary Allan Bakersfield sound (a compliment), it’s a full layered sound that compliments his everyman’s voice. It leans rock without ever leaving a true country sound. The album features one of our favorite songs of 2009- “Lotta Boot Left To Fill.” Channeling his inner outlaw, Church slams boy bands, challenges Nashville’s music soul, tells us “I don’t think Waylon done it that way” and “You sing about Johnny Cash, the Man in Black would’ve whipped your ass.” There’s legitimacy to every song on the album- evident as each was written or co-written by his pen. Five great rockers, five ballads, and two somewhere in between- each of them feel like they’re legitimately “owned” by Church.
Posted by That Nashville Sound at 5:35 AM