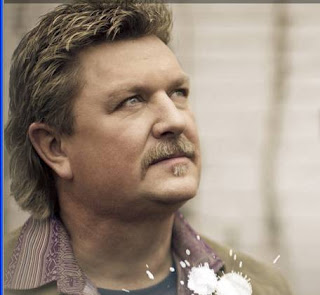 2010 was a fabulous year of country music. Traditional country, bluegrass, modern country and Americana were all represented well and this list proves that out.

Here are the rules by which this list was selected. It had to be released off an album that was released in 2010 or is off a to-be-released album. If the album came out in 2009 or before, it couldn’t be included- even if it wasn't released as a single until 2010.

And without further ado, here is That Nashville Sound’s Top 100 Songs of 2010.

1. Joe Diffie - Route 5 Box 109- It’s a reflection on days gone past filled with nostalgia such as Martha White’s Flour, childhood fishing for brim and Schwinn bicycles. Like the Judds “Flies On The Butter” and Miranda Lambert’s “The House That Built Me,” he forgoes all the radio-common cliché’s of down home living and why the country is so much better than the city and concentrates on his own powerful personal reflections of the sentimental minutia that made his own upbringing so special and memorable. It’s a stunningly beautiful track. If it had a color, it would be black and white or sepia.

2. Johnny Cash- Ain't No Grave- This song is a rally cry that there isn’t a resting place strong enough to hold him down. It’s appropriate in both the sense of his legacy and his belief he would meet his maker. The song is backed by symbolic instrument choices of clanging chains and the ring of a bell. The bell reminds us of the passing of time with each ring. And the chains remind us that no one rattled the chains of the music establishment more than Cash (the famed photo of Cash flipping the bird to Music Row executives comes to mind). Combine that symbolism with an image of no earthly chains weighing him down and there is a powerful metaphor in the production choices alone.

3. Zac Brown Band - Colder Weather - It begins with an amazing piano melody, tells a story from a hauntingly sorrowful perspective, and captures their trademark harmonies beautifully. The lyrics are deep as hell. What the listener is left with is a heartbreaking tale that is part love story, part heartbreak and all great storytelling.

4. Rhonda Vincent (w/ Dolly Parton)- In The Garden By The Fountain - My pal Juli Thanki says it best over at The 9513: "(it) starts off sounding like an airy love song, but wait! It’s actually a murder ballad where the onetime object of a lady’s affection ends up taking a dirt nap beneath a bed of roses in the same garden where the two once courted. Could things get any better? Yep: Dolly Parton shows up to contribute harmony vocals."

5. Jamey Johnson- That's Why I Write Songs - The art of writing in song is the crux and heart of his new album. No track better exemplifies this fact than the stark “That’s Why I Write Songs.” Johnson talks and sings his way through a perfectly believable acoustic and sparsely produced song of why he sings like he does. “I knew what I was born to do,” he croons as he pays sweet dedication to the songwriters “that gave us chills” both in lyrics and in sound.

6. Elizabeth Cook - El Camino - it's a 1970’s tale of falling in love with a guy that won’t give up his bell-bottomed mojo. It’s inspired with several lyrics that bring a smile including, “And if I wake up married I’ll have to annul it, right now my hands are in his mullet.” It’s trashy and loose- and genius. She crosses between country and rock and roll seamlessly and benefits from Don Was’ slow rock(ish) production.

7. Jamey Johnson- By The Seat of Your Pants - He relates a conversation that is simple, yet emotionally charged and filled with a spiritual depth. Music production does the same and the result is a great example of why Johnson’s music is so different from what we’re normally hearing on modern country radio. It makes you feel.

8. Ray Wylie Hubbard- Tornado Ripe- This track tells the story (from the perspective of a child), of a violent storm ripping through a family’s home. “We come out of that hole in the ground, in all directions of the compass was death and kindlin’,” Hubbard sings. The track is sparse and primal, boasting a growling guitar riff that plays the part of the bridge but makes an incredible representation of God’s fury.

10. Sammy Kershaw- The Snow White Rows Of Arlington - Written by Hugh Prestwood, “Arlington…” reminds us through philosophical and poetic lyrics of the real cost of protecting America from those whose ‘holy mission is to destroy all we hold dear.’ It’s a shame this song hasn’t received more publicity than it has.