Jason Eady's Daylight and Dark To Be Released 10/29 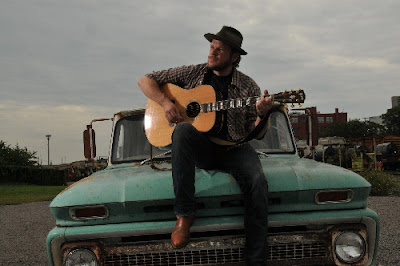 Jason Eady, whose last two albums ranked among the best of their class on each respective release, has announced that Daylight and Dark will be released on 10/29/13.


"We have completed all of the recording for "Daylight and Dark" and I couldn't be happier with the way it has turned out. All that's left to do now is mixing and mastering, which I leave to the pros. The release date is now officially set for October 29, 2013!! Which means that for all of you who pledged through Kickstarter, your packages with the new CD will ship on October 15. I can't wait for all of you to hear what we were able to do this time. I'm extremely proud of all of the work that has gone into this and can't thank all of you enough for making it happen. Thank you!! Jason"

Jason Eady’s extensive background in “grown up issues” is what explains why the word “poet” is so frequently associated with his name. A six-year stint in the US Air Force as a translator placed him in a slew of foreign cultures giving him a universal look into the nature of human beings and a good jumping off point for his comprehensive lyrical translations. The Mississippi native and Texas transplant has spent his music career in an incubation period undergoing a musical metamorphosis that has led him through lonesome delta blues, inspirational church house harmonies, poetically spun tales of Americana and into the naked and honest regions of good ole’ country music.

Posted by That Nashville Sound at 6:30 AM