Jon Pardi To Release California Sunrise on May 13 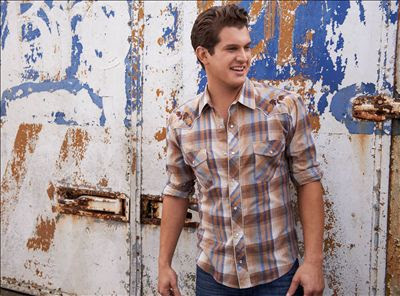 Northern California native Jon Pardi announced at a recent show in Bakersfield that California Sunrise, his next Capitol Nashville album, will be out on May 13 of this year. The project follows on the heels of the debut single, "Head Over Boots," a song co-written and recorded by Pardi and Luke Laird. It was released to radio on September 14, 2015 as the lead single and is currently in the low 20's on the Billboard Hot Country chart and still rising.

The artist has said in an interview with Country Outfitter that this new album is definitely “groovier” than debut album Write You a Song and calls the style of the album “Motown with a traditional country."


As for inspiration behind the album, Pardi said that he “really wanted to kind of write where [he’s] at in [his] career” and “let everyone know [he’s] comin’ back with a new album!” The country singer-songwriter also revealed that there may be some fun surprise duets and collaborations in the album, but there’s no talk of who it might be yet.

Posted by That Nashville Sound at 5:55 AM