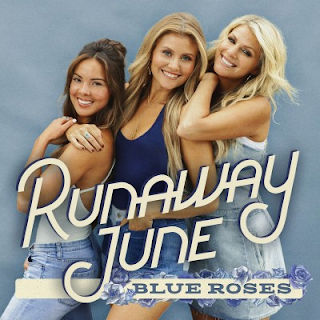 In the middle of their Spring tour with Carrie Underwood, the trio of Runaway June (Naomi Cooke, Hannah Mulholland, and Jennifer Wayne) will be releasing their second project on June 28 titled Blue Roses. The project follows their debut EP released last year.

They have a sound that was the backbone of a little group known as The Dixie Chicks, and now it’s making a comeback through a vocal trio with similar tight harmonies.

Mixing a little bluegrass tradition with dusty desert cool, Runaway June is comprised of three very different women who fuse their own influences to create a style their own, however.

With their debut single, “Lipstick,” Runaway June became the first all-female trio in over a decade to score a Top 25 hit. With the help of the trio’s follow-up Top 40 single “Wild West” the breakout trio earned a 2018 ACM nomination for New Vocal Duo or Group of the Year.

Their most current single “Buy My Own Drinks,” co-written by Runaway June and Hillary Lindsey and Josh Kear, neither laments, caters to, bashes or attacks the loss of a relationship but rather celebrates the freedom, spirit and independence of a female having a night out on her own.

Posted by That Nashville Sound at 6:15 AM