There's lots of news this morning on some on some of your favorite legacy artists and more- so without further ado... 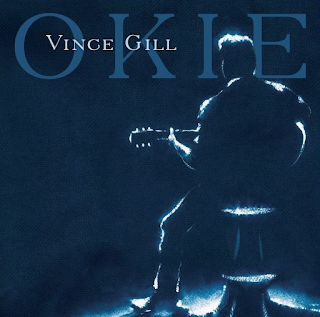 - Vince Gill will return with his new album, Okie, to be released Aug. 23. Gill, who wrote or co-wrote all 12 tracks on the album, derived the album’s name from a once-derogatory term meant to disparage migrants from Oklahoma to the west coast during the Dust Bowl and Great Depression.

“I thought this was going to be a songwriter record, not a concept album,” Gill says. “It wound up being more information than I’d envisioned. A friend sent me an email saying, ‘You could have only written this record after living a 60-year-plus life.’ He said, ‘There’s no struggle in these songs, just truth and your experience.”

- Julie Roberts is releasing new music. On May 17th, the songstress will release her new single, "I Couldn't Make You Love Me."

- Country music veteran Bryan White is also back with new music. He will be releasing the single "It Must Be Love"on May 31.

“Nashville is the epicenter of great songwriting, so the top songwriters in Nashville really are the best in the business,” says arranger Charlie Judge. “It is my incredibly good fortune to have the opportunity to work with these talented writers, both as a keyboardist in the studio recording their hits, and as an arranger re-casting their songs for orchestra.”

- Josh Grider is Lone Star State troubadour with nine albums under his belt and a following much longer than that Texas panhandle. He's got some new competition under his own roof now. Josh announced his wife Kristi Grider's new project to the world yesterday:

"Kristi Grider has music for you to hear. I'm so proud of her and this project. She is a writer on all these, and the sole writer on most.
Posted by That Nashville Sound at 7:17 AM