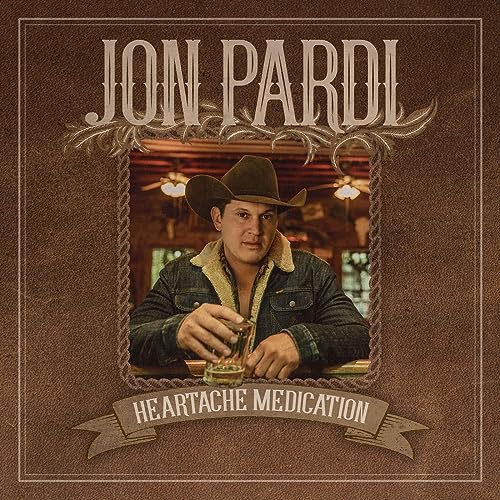 From the very first track "Old Hat" where he unapologetically refuses to accept that hat acts and the neo-traditional country music movement are dead,  Jon Pardi sets the tone for an album in which you don't have to throw away the old to embrace the new. They can coexist in perfect harmony and bring out the best of both. And boy does he ever.

Jon Pardi delivers a project that is worthy of major acclaim. It is modern honkytonk music that borrows the best from the past and delivers it with a modern energy that's simply fun from any angle you look at it. There's a pure joy that is inherently at the core of this album that shines through. He just sounds like he's having a blast. It seeps through every note and word. The highlights are so many. There's the heartfelt duet "Don't Blame It on the Whiskey" with Lauren Alaina written by Eric Church and Miranda Lambert. There's the fantastic boom chicka boom opening nod to Johnny Cash on "Me and Jack." There is a rocking riff impossible to not tap your toes to on "Oughta Know That." There's the phenomenal steel and fiddle work on "Just Like Old Times."

Jon Pardi might not be breaking any historic new ground with song topics, but he just might be if you consider this is being done in 2019. On "Call Me Country", he says "I sing songs about freight trains and prisons, heartaches and honkytonks, with cowboys and outlaws in good hearted women. Boots and straw hats are gone just like that. Hell you can't even recognize me, they used to call me country." With a simple verse, he bookends his opening song and fulfills the promise of the album by delivering modern production in a classic country sound with classic country themes.

The writing is smart and filled with a number of Nashville's brightest including Jeff Hyde, Matt Jenkins, Barry Dean, Natalie Hemby, Josh Thompson, Rhett Akins, Luke Laird, Dean Dillon, Jeffrey Steele and more. Pardi himself is on half of the tracks.

(Up on soapbox) This is what major label music should be all about. Our industry is so narrow in focus on what they believe to be a correct fit for country music radio- and we forget how country music might be the widest umbrella of all music genres. Music is so much more interesting when its coming at us from diverse places in style and sound. Congratulations and kudos to Capitol Nashville for providing the artistic and creative freedom for Pardi to put together such a outstanding album. It will easily be one of the finalists for mainstream album of the year.
Posted by That Nashville Sound at 5:25 PM