Dillon Carmichael To Drop New EP I Do For You On Oct. 18 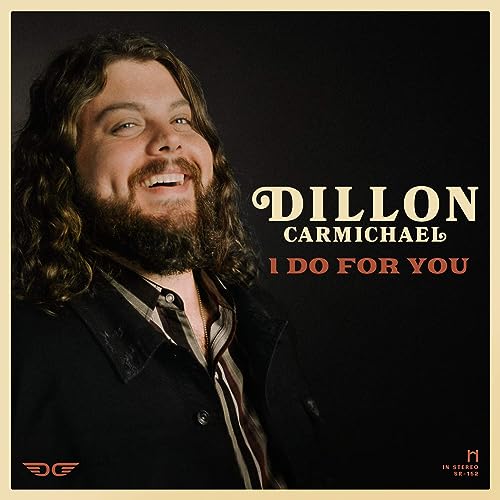 Dillon Carmichael, the new up-and-coming baritone and former security guard at the Grand Ole Opry from Riser House Records, will be following up his critically-acclaimed 2018 debut album, Hell on an Angel, with an EP on 10/18 titled I Do For You.

In an interview with the Sarasota Herald-Tribune, Carmichael says, "“I Do for You,” I wrote that song about four or five years ago about my co-writer Jimmy Melton and his wife. That’s what inspired the song, but I now relate to that song myself in my relationship. When I wrote it, I didn’t have a relationship. That song has had I think now four different versions recorded — there’s a slow version, there’s a faster version, there’s a little more of a rock version and there’s the version that is now very ’90s country, uptempo. But there’s been a lot of different versions of it, and I believe that songs have a life of their own. It just had to take a few years for this song to come out, but I know that this song is very, very special."

While his debut album was produced by Dave Cobb, Carmichael has a different producer helming his second project.  "It’s a different producer by the name of Phil O’Donnell, who also produced Craig Morgan, just to name one of a few. In comparison to the album stylistically, you’re going to more find more tempo in this album. Mainly from my perspective, the added tempo feel to the new album is strictly for the live show’s purposes. I take my live show very, very serious and the one thing that my live show is lacking is tempo. So we focused on that on this new record when there wasn’t so much tempo on the first album. It’s still very much the country and Southern rock influence, just a little more tempo and a different production style as well."

Along with “99 Problems” — which draws its title inspiration from the Jay Z song and was written by Dan Isbell, Rhett Akins, and Casey Beathard — the EP includes a song that Carmichael wrote (the title track “I Do for You”), and a Chris Stapleton composition, “Feel That Way Again,” co-written with Brice Long.

Track listing:
I Do For You
99 Problems (Fish Ain't One)
It's Your Fault
Hung Up On You
Feel That Way Again

Posted by That Nashville Sound at 6:15 AM