The Mavericks Cover Their Heroes and Inspirations on Nov. 1 Release of Play the Hits 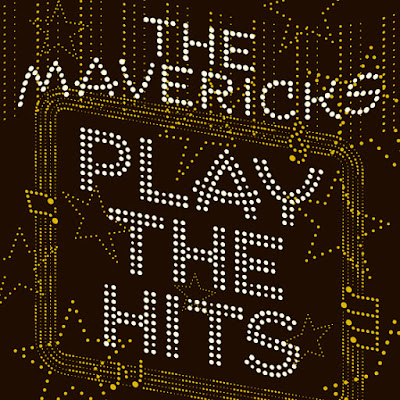 “As musicians, you are always listening to other songs and you find inspiration and you talk about, ‘Oh man, one day we’re going to record this.’ But other things get in the way. You hear every reason in the world as to why not do a covers record, but now we’re in charge, so if we’re not going to do it now, when the hell are we going to?” The Mavericks lead singer Raul Malo told Rolling Stone. "You see those in the truck stops. ‘So-and-So Artist of Yesteryear Plays the Hits,’ and it’s some awful recording they were forced to do, and they’re selling for 3.99,” Malo laughs. “This is basically our version of that record, but hopefully with a little more care, and certainly more thought put into it.”

Three decades in, The Mavericks are as popular as ever, with a diverse and devoted following. Despite this covers album, they’ve refused to be a nostalgia act. “People come and yell for the newer songs,” enthuses longtime keyboardist Jerry Dale McFadden. Drummer and co-founder Paul Deakin has a perspective on the durability of the band: “The reason for our longevity is that we’ve been able to take control of the music we play, how we play it, and where and when we play it. We’ve made enough mistakes once, twice or three times, but now we run the show. We can keep the creative spark that’s so central to what we do.”

To celebrate their 30th anniversary, and pay tribute to artists and songs that have been part of the journey, the Mavericks give us a brand new album called Play the Hits, featuring songs they cut their teeth on, all made famous by other people, disassembled and totally reimagined by the Mavericks as a testament to how great the songs are and how the band can get inside the material and make it their own.

Swingin’ (John David Anderson, Lionel A Delmore)
Are You Sure Hank Done It This Way (Waylon Jennings)
Blame It On Your Heart (Harlan Howard, Kostas Lazarides)
Don’t You Ever Get Tired (Of Hurting Me) (Hank Cochran)
Before The Next Teardrop Falls (Vivian Keith, Ben Peters)
Hungry Heart (Bruce Springsteen)
Why Can’t She Be You (Hank Cochran)
Once Upon A Time (feat. Martina McBride) (Barney Ales, Dave Hamilton, Clarence Paul, William Stevenson)
Don’t Be Cruel (Otis Blackwell, Elvis Presley)
Blue Eyes Crying In The Rain (Fred Rose)

I’m Leaving It Up To You (Don Harris, Dewey Steven Terry)

Posted by That Nashville Sound at 6:21 AM