Wade Hayes To Release New Album Who Saved Who In December 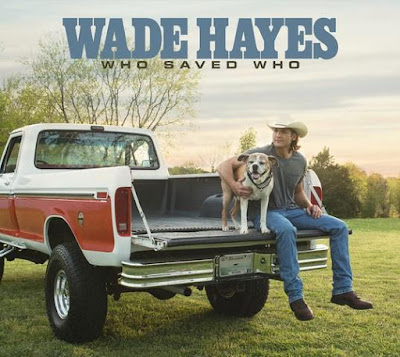 When longtime country music veteran and guitar slinger Wade Hayes went through two bouts of colon cancer back from 2011 to 2012, he had one constant in his life: his dog Jack. Hayes recently premiered the new video for the touching song, “Who Saved Who (Jack’s Song),” and the popular video will now be the centerpiece and name for his newest album currently for pre-order sale on his website.

The song is a true story of how Hayes met his dog, Jack, at a gas station around midnight 75 miles outside of Nashville eight years ago

In December of 2011, at age 42, Wade was diagnosed with advanced colorectal cancer. Successful surgery and chemotherapy removed the cancer. A year later, Wade was devastated to learn the cancer had returned. He received additional treatments, and today he has no evidence of disease. Jack was by his side through it all.

The news of the new album follows additional big news as earlier this year, Hayes announced that he married the beautiful Lea Katherine Bayer in Lebanon, Tennessee on January 25.

Who Saved Who track listing:

Posted by That Nashville Sound at 6:20 AM