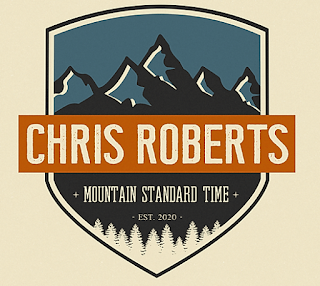 For Chris Roberts, whose The Way West album was one of That Nashville Sound’s favorite dozen albums of the year in 2015, expression through music takes many a shape- with it always ending in a deep passion for the song. It draws on his history in Broadway’s bright lights in New York (in the production of The Civil War and last fall in the Dan Fogelberg musical Part of the Plan), blissful harmony across the country radio airwaves (as part of Decca-signed trio One Flew South), shared stages with the likes of Willie Nelson and Neil Young (at Farm Aid), and many years as his church’s music director in a congregation that reads like a who’s who of the music business (St. Augustine’s).

He's gotten cuts for the likes of Julie Roberts, Ashley McBryde, Love and Theft and The Swon Brothers, had songs placed on ABC and CMT's Nashville and a couple of other television shows. Roberts has even placed music in film. His first contribution was the whimsical “Friends For Life” for Disney’s Fox and the Hound 2 film. Along with Tony Esterly and Austin Jenckes, Roberts penned the main track for the action feature film, Assassin’s Creed. Entitled “My World,” the track accompanied the movie trailer and was featured on the album’s soundtrack. The track was also used to heavily promote 2018's Super Bowl. It demonstrated the versatility of one of Nashville’s unsung heroes in writing the right song for the right project.

Posted by That Nashville Sound at 7:12 AM