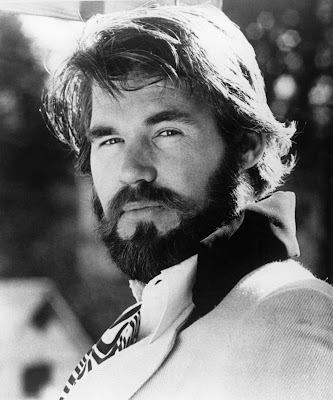 ~ Country music lost and icon last night. Kenny Rogers, known around the world at The Gambler, passed away. “The Rogers family is sad to announce that Kenny Rogers passed away last night at 10:25PM at the age of 81,” his rep said. “Rogers passed away peacefully at home from natural causes under the care of hospice and surrounded by his family. The family is planning a small private service at this time out of concern for the national COVID-19 emergency. They look forward to celebrating Kenny’s life publicly with his friends and fans at a later date. Rogers achieved an amazing 30 Number One singles across the U.S. pop, country, and adult contemporary charts from 1977 to 1999.  He earned three Grammys, six CMA awards, and eight ACM awards, along with induction into the Country Music Hall of Fame in 2013. Some of his biggest career hits included “The Gambler,” “Lucille,” "Coward of the County" and “Islands in the Stream."  He was a restauranteur, an actor, a philanthropist and a champion of women singers throughout his career.

~ Sara Evans announced that May 15, 2020 will be the release of her new covers album called Copy That. The 13-song collection, spanning six decades, finds Evans putting her distinctive creative stamp on some of the most iconic songs in country and pop music, songs that have inspired her life and career, as well as shining a spotlight on some little-known gems. Copy That is Sara’s first solo studio album since 2017’s critically-acclaimed Words and is released on her Born to Fly Records, distributed by ADA. The project features collaborations with Old Crow Medicine Show and Little Big Town’s Phillip Sweet.

~ New England songwriter Greg Klyma rewrote a Johnny Cash classic into a song about the COVID-19 pandemic with "I've Been Everywhere."

~ Beloved singer/songwriter Darrell Scott will release a new album called Darrell Scott Sings the Blues of Hank Williams on April 24, 2020.  "I grew up on Hank Williams - it came from my dad who idolized him - as I heard the entire catalogue of Hank from my crib and beyond, I recognized what he loved about Hank: poetic, yet totally understandable, honest, heart broken, love sick lyrics and the possibility of forgiveness from a woman, or from one's self, or from one's Creator. I listened closely" recalls Scott. "I was always struck by the blues in Hank's songs in that beautiful blend of black blues tradition and poor white boy belting, having way more in common than what oughta separate them in lyrics, in voice and in chords. I heard Hank, I heard my dad, and I heard the blues that was only a guitar grab away for me," Scott says. "It did not occur to me to play or sing it like Hank; but, I strive to be true to the spirit and throw my version of blues towards Hank songs. This recording is that."

~ Former Trick Pony lead and singer/songwriter Heidi Newfield is releasing a new album called The Barfly Sessions on June 5. The collection was co-produced by Newfield with Jim “Moose” Brown (Bob Seger/Erin Enderlin). “It’s inspiring to see an artist who’s had the kind of success she’s had be so determined to push new musical boundaries and get outside of her comfort zone,” Brown says. “Heidi and I have been friends for many years and I’ve always been a fan of her music, but I really had no clue as to the depth of her musicianship, songwriting, and general bad-assery until now. She is a deep mix of old school country, Texas twang, blues and straight-up soul, and she absolutely delivers the goods on this record.”

~ New music videos over the last couple of days:

LANCO - "What I See"
Mike and the Moonpies - "Miss Fortune"
Sarah Siskind - "A Little Bit Troubled"
Trace Adkins - "Better Off"
The Wood Brothers - "Little Bit Sweet"
Posted by That Nashville Sound at 7:21 AM