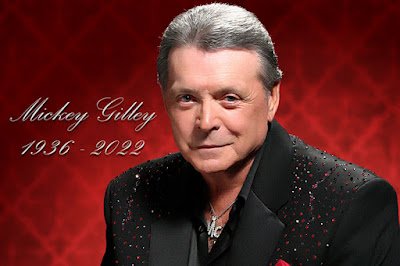 Country music hitmaker and Academy of Country Music award-winner Mickey Gilley died at the age of 86 in Branson, Missouri from complications due to a recent hospitalization.

Born in Natchez, Mississippi, Gilley was exposed to music at an early age and chased a career in music following in the footsteps of his older cousin, Jerry Lee Lewis. After deciding to pursue music full time, Gilley cut his first single in New Orleans under producer Huey Meaux. In 1970, he opened Gilley’s, his first nightclub in Pasadena, Texas.

Later, in 1980, Gilley’s was featured in the movie Urban Cowboy starring John Travolta and Debra Winger. He went on to star in numerous popular television series including ‘Murder She Wrote,’ ‘The Fall Guy,’ ‘Fantasy Island’ and ‘Dukes of Hazzard.’ Throughout the course of his career, Gilley scored 17 #1 hits including “Room Full Of Roses,” “City Lights,” “Window Up Above,” “Don’t The Girls All Get Prettier At Closing Time,” “Bring It On Home To Me,” “Stand By Me,” “Lonely Nights” and more.

Gilley earned numerous accolades including six ACM Awards, a star on the Hollywood Walk of Fame, and was inducted into the Texas Country Music Hall of Fame in 2011. He was one of only a handful of artists to receive the Academy of Country Music's Triple Crown Awards.

Posted by That Nashville Sound at 8:16 PM

Email ThisBlogThis!Share to TwitterShare to FacebookShare to Pinterest
Labels: Mickey Gilley, The Day That The Music Died