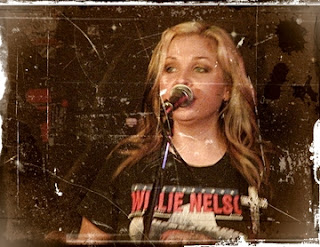 January has been a little light on album releases thus far, but two rising stars of country music have just released EP's.

Sunny Sweeney has released a five-song EP this week. All five tunes are co-written by Sweeney, who took pride in the selection of songs to offer her loyal fans.


“I’m so happy to have music out in the universe again,” Sweeney says.

For those who have not yet purchased the EP (available now on iTunes), Sweeney gives a little teaser of what to expect. “It’s country,” she declares proudly. “I’m a huge old-country fan so even by my standards, it’s country. The fact that a label has gotten behind it … oh my gosh … it’s literally a dream come true.”

“You always think, ‘Oh, I’d love to make a country record and get it on country radio,’ and that’s what I’m doing. I’m actually literally living my dream,” she says.

Sweeney’s lead-off single from the EP and her forthcoming full-length is the song ‘From a Table Away,’ which continues to climb the country singles chart.

Also being released this week is a 4-song EP from Eric Church called Caldwell County. The four songs on this mini-album were originally released on the Best Buy version of Carolina, but now they are available for all through i-Tunes.
Posted by That Nashville Sound at 6:13 AM