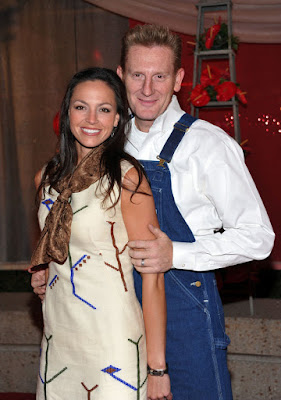 I have a favor to ask my That Nashville Sound readers.

I recently had the opportunity to do an interview with a fellow music aficionado named CM Wilcox for a site he runs called Country California.  We discussed a music festival that I run each May called Golf & Guitars. We just finished up our 8th year and continue to raise north of $100,000 for charity each year we do it for local charities. CM asked me about my favorite G&G story and the following one came to mind:

"My favorite Golf & Guitars story revolves around the beautiful married couple of Joey + Rory. The Feeks filmed a whole “fish-out-of-water” episode of their RFD-TV show that was great television.

They made lots of fun of themselves, but it was after the tournament that might have been my favorite part. They went back to the back of our driving range while night two of our event was going on and gave a private concert to the members of our California Eagles Special Olympics program and their families, unbeknownst to most everyone in the facility. It was a magical moment.

When Joey and Rory, their manager Aaron, and the rest of their crew made it back to the main concert, I asked them how it went. It was such a moving and emotional experience for the two of them, neither of them could hardly manage to get a word out.

Just a few months later, Joey found out she was pregnant and about nine months after our concert, she gave birth to beautiful little Indiana Boon Feek. Little Indiana was born with Down Syndrome and I can’t help but think that their performance for a few dozen of our own California Eagles kids wasn’t some sort of audition for them to be parents to a beautiful little special needs girl in front of the heavens. I’ve since had a chance to talk to Rory about it and they both feel the same way."

What I didn't say in that interview was shortly after the birth of their cute little Indiana, the couple was delivered a big blow when Joey was diagnosed with cancer. According to Rory, "Last year – this exact time last year actually – Joey went in to surgery for cervical cancer.  The doctors felt like they got everything and after a few weeks of healing, she made a full recovery."

But in a blog post made earlier this morning, Rory delivered another tough announcement: the cancer has come back. He delivered the news in typical Rory fashion there:


Over the last couple of months, Joey hasn’t been feeling well.  She had hoped that it was just a stomach virus or an intestinal issue, but after many tests and biopsies, it turns out that it’s more than that. On Thursday, Joey had a port put in for chemotherapy and radiation.  She starts the treatments in the coming week.

Here’s what the doctors think…

With six weeks of chemo and radiation, the tumor may reduce in size and possibly even go away completely, and if so, she won’t have to have any further surgeries.  If the chemo and radiation doesn’t work like they hope, Joey will be in for an even tougher road ahead.

Here’s what Joey and I know…

God has a plan, and His plan is our plan.  Each day that we’re given is a beautiful gift from Him to us.  And while we will pray each day for a miracle, we’re gonna live each day as if it’s a miracle.  And it is.

“Lord, as believers… we trust you completely and pray for your will to be done.  Not ours.

But as flesh and bone, husband and wife… we pray for complete and total healing in Joey’s body, so we can grow old together, holding hands in rockers on our front porch watching the sun go down.

So that our sweet little baby Indiana can not miss one precious moment with her mama.

I have had the genuine privilege of spending a little bit of time with Joey and Rory Feek on a couple of occasions now. Everything that they portray through their music with faith, humanity, love, spirit and meaning is how they build their lives in everyday life. It's about family and being genuine to one's beliefs and sticking to one's principles. In today's fast-paced world, there's something heartwarming- almost magical- in being grounded in the traditional family-based values that they build their life on. And it rubs off. It's impossible not to be around them for just a short amount of time and feel incredibly welcomed.

Cancer doesn't seem fair. It doesn't seem fair at any age, but particularly not to a new mother of a beautiful young new toddler like Indiana. So... for the first time on my site, I ask that my readers put out a little prayer for the Feek family. Wish for a full recovery for Joey and all the blessings that her being around for a very long time will do for her children, her husband, her community and for all of us as country music fans. Their family is in for a fight over the coming weeks and all the outpouring of support, love and positivity will be needed.
Posted by That Nashville Sound at 9:23 AM

Email ThisBlogThis!Share to TwitterShare to FacebookShare to Pinterest
Labels: Joey+Rory