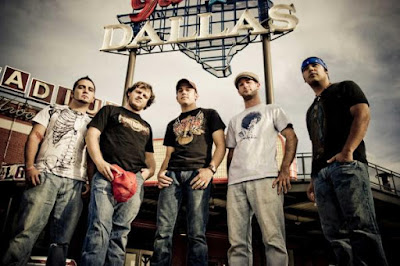 Josh Abbott's brief flirtation with Warner Music Nashville has come to an end and is resulting in allowing him the freedom to record and release his fourth full-length album in November- this one a concept album that follows the arc of his marriage from start until end.

"Every album we've put out to date, we've tried to approach with a theme," Abbott told Rolling Stone Country during an exclusive interview. "Something that's consistent."

"'Front Row Seat' really was representative of what we we're doing here," Abbott explained about the album's title track. "That's a song by Ruston Kelly, and it's all about having a front row seat, having this access to someone's life. Anybody that is married, you have a front row seat to her life and she has one to yours. We're kind of giving the fans a front row seat, not only to our band but to my story."

"It was hard," he admitted. "When you get in the studio and start singing, you feel all those emotions again and it kind of took me back to a darker place. But now I feel like putting the album out is almost a sense of closure for me."

"I fully believe they're some of the best songs I've written," Abbott said. "They're just so real and emotional and raw, and I needed to record them now while I'm feeling it, because if I waited three of four years to do it they wouldn't be the same."
Posted by That Nashville Sound at 7:02 AM