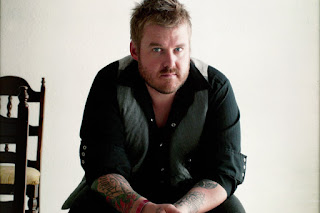 For those familiar with the Texas music charts, Bart Crow is a familiar name with a strong reputation across the alt-country, traditional country and red-dirt music circles. The road-toughened troubadour from Maypearl, TX has already put together an admirable track record as a recording artist releasing five albums in over a decade with money pulled from his own pockets. He has sold over 40,000 albums and lofted six No. 1 singles onto the Texas Music Chart – one of which, "Wear My Ring," sold over 165,000 copies. His last album, Dandelion, recorded with producer (and Pat Green drummer/co-producer/co-writer) Justin Pollard, debuted at No. 1 on Billboard's Heatseekers South Central chart.

“We had so much fun in the recording process and we were lucky with ‘Dandelion,’ and it was good for us,” said Crow. “We just had fun and became really good friends making that record.

“I think the major difference was ‘Dandelion’ was the most straightforward country record that I’ve done,” said Crow. “I think that’s the best way to describe it. I just kind of went back to being me instead of trying to find my spot in this Texas music scene."

“This time I didn’t have anybody getting in my head and messing with me,” he ads. “I allowed myself to just be an artist and write songs and be creative. We just made some really cool songs. It’s very eclectic. I hate using that word, but it is. It is an honest and true representation of me.”