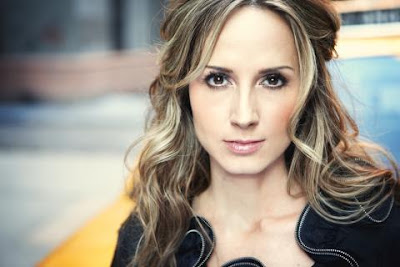 In a letter out to her Kickstarter supporters, "I wanted you all to be the first to hear the news... we have partnered with a spectacular record label for this album! New York City based Megaforce Records will be releasing OUR record, "I Am The Rain" in September of 2016 and I could not be more satisfied and thrilled. Sony/RED will be handling distribution and they're the best in the business. We've assembled a fantastic team who believes in this music and this moment."

"Joe Henry produced this album and I am still in awe of having worked with him and the brilliant crew of musicians and engineers that he assembled for this record. Thank you all again. I hope you'll be as proud of this album as I am."

"This really feels like "old times again"-- when I could feel positive things happening in my career and it was all because of energy and momentum that only comes from fans.  It cannot be generated by industry hype (as much as I benefitted from those types of efforts on many occasions in my career), it cannot be synthesized by landing the right press piece... no, this kind of energy is something that is truly real.  It's as good as it gets."

Posted by That Nashville Sound at 5:59 AM