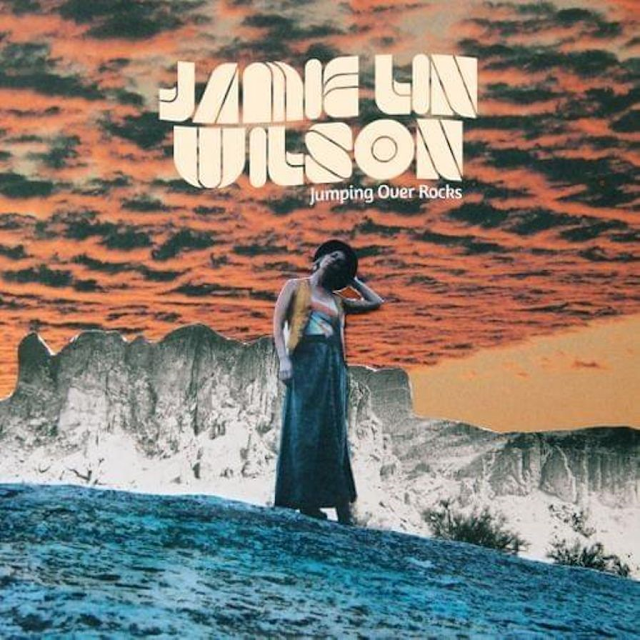 A trobairitz is defined as a female troubadour. That seems a likely and fair description for Texan Jamie Lin Wilson, whose sophomore solo album Jumping Over Rocks will land in ears on October 26, 2018. The project promises to write a second act on her fantastic debut Holidays and Wedding Rings (June 2016). That project comprised songs that painted lush portraits of everyday living with the good and bad of family, relationships, motherhood and life on the road. Intensely personal, her storytelling earned raves from nearly every corner of the country including this very site.

The album gets its title from standout track “Death and Life,” an epic it took Jamie four years to write. A widow mourning her husband and not quite ready to let go; a son who copes with his father’s death by getting to work with his hands, hammers, nails, and 2x4s: the two true tales became intertwined thematically as Jamie mulled them over. “I realized the song is how people who are still here deal with death,” she says. “It’s life after death, but not heavenly life. It’s how the living deal with death.”

“It’s unfair that the poets and songwriters are the ones who have the songs about their lives, when maybe that’s not what’s poetic,” Jamie says. “Maybe the moments are the ones happening in everyday farmers’ lives, or to a widow, or a son.” It’s her comfort in and commitment to two distinct worlds––that of the dream-chasing artists and the dirt-under-their-nails realists––that makes Jamie and her songs not just inviting, but cathartically important.

No one covers the spectrum of age and experience quite like Jamie: moving portraits of men, women, and children coping, striving, wondering, and celebrating. Interesting? Undoubtedly. Universal but specific and personal, too. “I studied people around me more for this record than I have in the past,” she says. “I wrote songs from my perspective, from the outside looking in.”

In an early listen, the standout track is a truly inspiring cover song, “Instant Coffee Blues.” Originally written by Guy Clark and featuring friend and fellow Texan Jack Ingram as a duet partner, it literally gave this reviewer goosebumps hearing it for the first time.
Posted by That Nashville Sound at 11:36 AM