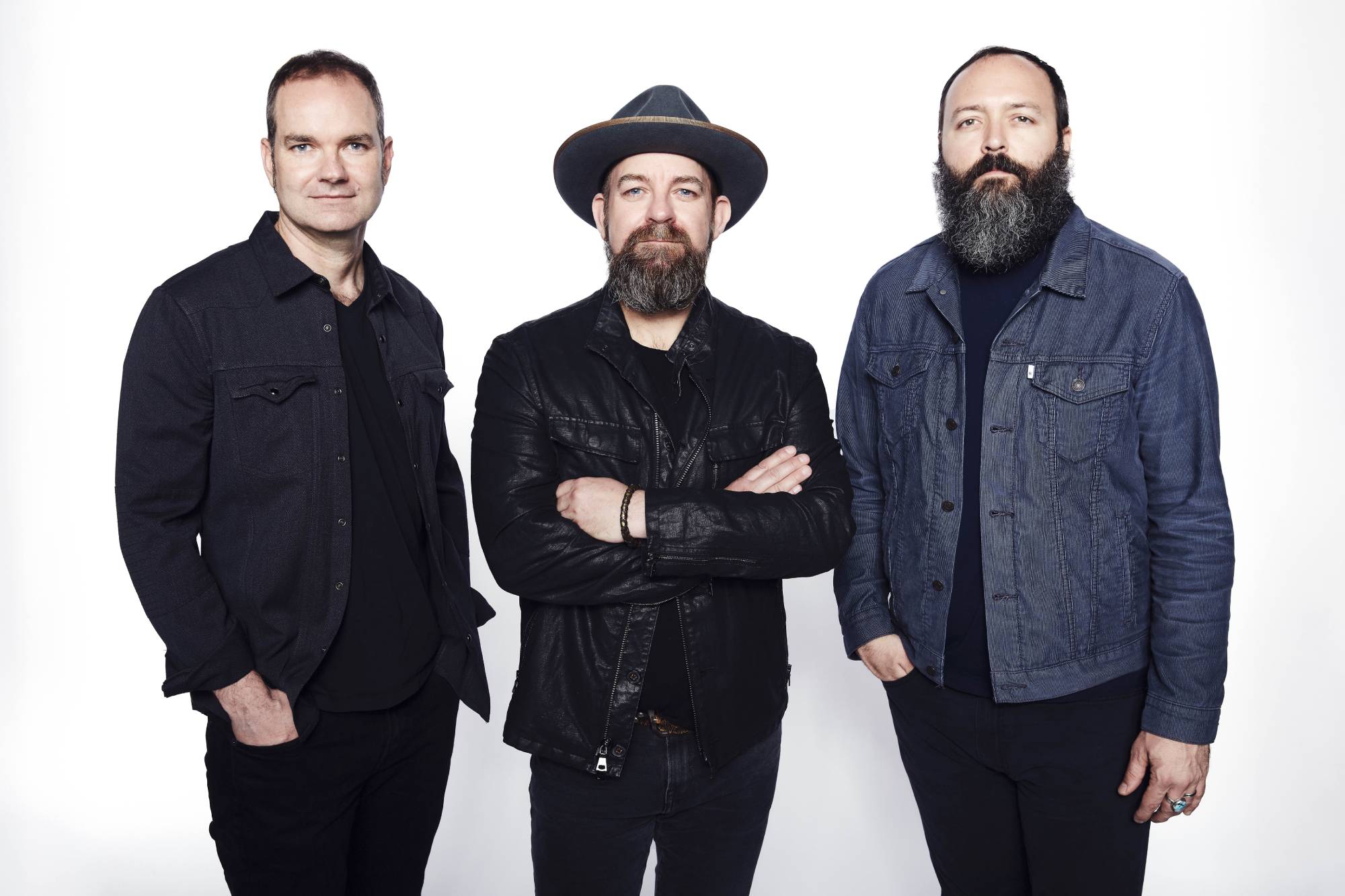 Sugarland's Kristian Bush and his new bandmates have just revealed a few details about the new band he's started. It's called Dark Water, and it includes him, his brother Brandon Bush and their friend Benji Shanks:

"These songs don't feel like they have an expiration date, and neither does the production," says Dark Water's Benji Shanks. "In 10 or 20 years from now, they will still possess their sense of urgency."

"They feel like they existed before and now we have to be good servants to the songs," says the band's Kristian Bush. "If you were to make a comic book out of the Dark Water story, it's like we found them somewhere in a chest and were magically able to play them. And now they're here."

"You know enough to recognize when something becomes a band," says Brandon Bush, who rounds out the group. "I know when something is better than its individual parts and has a life of its own. That's when you just get out of the way and let it happen."

Once Brandon, Benji and Kristian surrendered themselves to the idea of Dark Water, they began writing material at a wicked clip, signaling the musicians' most prolific and inspired periods of creativity. For the wordsmith Kristian, that meant a return to writing poetry ("I was obsessed with the rhythm of the words," he says), which would mature into songs once he and his bandmates began experimenting on the studio floor with any instrument within their reach.

"The band is all us, playing everything," says Benji, an Allman Brothers enthusiast and veteran of the Southern jam scene who has shared the stage with the likes of Warren Haynes and Blackberry Smoke. His fluid guitar work ties the Dark Water material together and lends the group its earthy vibe.

"Every great band I've ever known had a guitar player that made me go, 'What?'" says Kristian of Benji's evocative playing. "The guitar is the soul of the band. The lyric can't ever get as close to the feeling as that instrument can."

But it's the way that Benji's guitar, pedal steel and bass gel with Brandon's drumming and keys, and Kristian's vocals and guitar that makes the music so immersive. Listen to the rustic "Scarecrow," the brooding "Goliath," the ebullient "Flowers on the Fire," or the hopeful "One of a Kind," all of them songs that envelop and cast a spell over the listener. To listen to Dark Water music is to have a transcendent experience.

In fact, the name of the band was inspired by an NPR report about magnetically charged water beneath the South Pole. The theory is that the "deep water," as scientists call it, absorbs energy and contains it forever.

"I think we'd all love to dip our whole bodies in that and let it wipe our troubles and mistakes away," says Kristian.

The hymn-like song titled "Dark Water" centers on that idea of restoring oneself. According to the band, it has a higher purpose. "That song exists to do something," says Kristian. "When we play it live, you can just feel it in the room."

Along with the magical material, it's the shared history of the members that solidifies Dark Water. Brandon, Benji and Kristian have been soundtracking the lives of listeners for nearly 20 years as members of various bands, from Brandon's tenure in the rock outfit Train and Benji's turns in the jam world, to Kristian's own Grammy-winning duo Sugarland and his solo project.

"That's what makes these songs all work," says Benji. "We combined our individual musical experiences into the collective Dark Water and it became what it is now. And then the songs just came to us."

"It's a high level of a musical relationship that is not easy to acquire," says Kristian of the group's chemistry. "But somehow we acquired it and now we do it. Dark Water is the embodiment of that."

But for all the talk about the songs being gifts from the universe, the reality is that this is a rare band of expert players and writers — the only type of musicians who could ever create such nuanced melodies and phrasings. To achieve that result, the members followed Brandon's discipline that "walls make better art. If you have a boundary," he says, "you work within it, or you push against it." The outcome, almost always, is art that is vibrant and effecting — and in this case, music that also comforts.

"I was interested in how music that I listened to affects us all and what it teaches us," says Kristian. "Why do we go back to listening to certain songs to comfort us?"


"This music is an emotional reset for everyone," Brandon says. "It's an opportunity to reconnect with what inspires and soothes us. And everybody needs that in their creative life."

Their first release is the effervescent positive message song "Paint it Blue."

Posted by That Nashville Sound at 6:12 AM