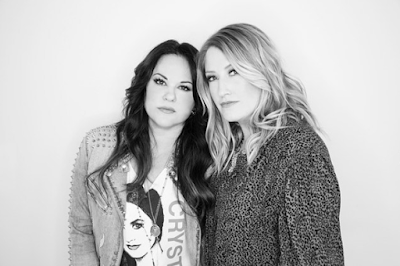 Longtime Nashville music veterans Lila McCann and Shelly Fairchild have announced that they have formed a brand new band together called Hateful Grey.

Lila McCann is a country music singer and songwriter who made her debut at age sixteen with the single "Down Came a Blackbird". She released three studio albums which were Lila in 1997, Something in the Air in 1999 and Complete in 2001. Her other singles are "I Wanna Fall in Love" and "With You".  Shelly Fairchild is another singer and songwriter whose 2004 Columbia Records record deal resulted in a charted single "You Don't Lie Here Anymore" and the album, Ride. Her publishing catalog includes cuts by the likes of Little Big Town, Maggie Rose, Lee DeWyze and Mindy McCready and she's one of the most sought-after background studio vocalists in Nashville.