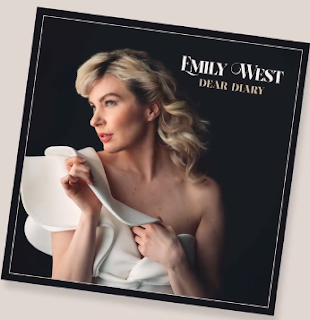 After being rung through the proverbial big-label ringer by Capitol Records Nashville earlier in her career, it would make sense that Emily West would want to follow her own muse and passions from different musical influences in the music she felt compelled to release. Since that time, she's made a statement that she’s found a new career compass and following it down her own yellow brick road (which just happens to be the name of her own label she’s released her own music on.) It’s passionately compelling and personal songwriting at its very best and has drawn from pop, country, big band and more. Her autobiographical 2014 song "Made for the Radio" was this site's Song of the Year for it's visceral and emotional take on her own story.

She received karmatically-charged justice in finishing second in America’s Got Talent and with that, earned a new record deal with Sony in the process. With that behind her, it's on to her next musical adventure and she's back to following that muse again and has a new project that she's put together with her Nashville friends that has just gone live on Kickstarter and will be titled Dear Diary.

West hasn't made a record in the last 5 years and never one this personal.  She opened up her personal journals to Leroy Powell & Tim Jones (collectively known as Whiskey Wolves of the West), and  constructed mini-Broadway musicals for each of the tracks on the project. The songs were recorded by Grammy award-winning engineer Bill Reynolds (Band of Horses, The Avett Brothers, Lissie) at his studio the Fleetwood Shack.

While most of the songs were co -written by Emily, Leroy, and Tim, "Why Don't You Call Me Baby" an Instant Grand Ole Opry classic, was penned with the inimitable Mindy Smith. Rounding out the album are cuts by the Canadian wonder man Ron Sexsmith, Laura Nyro's "Wedding Bell Blues" and the great American Songbook standard "Unforgettable."

Fans of West that would like to help contribute to the project (and receive a digital download or a limited edition vinyl run of the project) can do so at Emily's Kickstarter page HERE.

Posted by That Nashville Sound at 8:13 AM