Write You A Song Podcast - An Interview With James T Slater 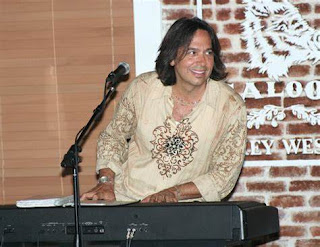 This morning we share another new podcast from host Tom Mailey from Bonneville radio station New Country 105.1 KNCI in Sacramento. Tom is a country radio veteran with over 30 years of experience in Seattle and Sacramento and a key partner in our Golf & Guitars Children's Charity Music Festival, a little event in our twelfth year that has raised well north of a million bucks for kids and individuals with disabilities. It highlights the songwriters in our industry and is entitled Write You a Song.
It's his hope that this podcast will shine a little overdue spotlight on the talented men and women who, mostly behind the scenes, write the songs that become part of our lives. You know their words and music, but maybe not their names: Write You a Song will feature some of country music’s biggest songwriters--like Jeffrey Steele, Brett Warren, Ashley McBryde, Tim Nichols and more.
"There's nothing like this town. Songs are in the air". That's how James T Slater sums up Nashville, where he's made his home and his living for past 15+ years. Before that though, he lived and worked in a lot of places- and not necessarily places you'd consider "country": Panama. L.A. Switzerland. He wrote a hit song for a European group and played piano standards at a bar owned by Carroll "Archie Bunker" O'Conner. He wrote and sang a Christmas song that became a smash in the city of Atlanta, and nowhere else, and another one of his songs is the "official song" of Key West. And girlfriend of his once thought the guy he was writing with looked "dangerous"...but he and Jamey Johnson managed to write an honest, uncompromising country classic anyway.
During his time in Nashville, his songs have been recorded by country superstars like Tim McGraw, Kenny Chesney, Martina McBride, Rodney Atkins, John Michael Montgomery, Lorrie Morgan, Jessica Andrews, and Mark Wills, among others. Songwriter JT Harding helped arrange this interview and said we would love talking with James. He was right, we did. And you'll love listening to him, too.

Posted by That Nashville Sound at 6:28 AM

Email ThisBlogThis!Share to TwitterShare to FacebookShare to Pinterest
Labels: Write You A Song Podcast